The UK Therapeutic Approach to COVID-19 is Flawed, Yet It Can Still be Rectified

Crédits
Daniel Diaz, FranceSoir
The UK Therapeutic Approach to COVID-19 is Flawed, Yet It Can Still be Rectified

This article focuses on what is precisely wrong with the UK therapeutic strategy for COVID-19, which delivers high fatalities, continued propagation of the virus and little hope for the population. The required policy change is encapsulated in this proposed slogan modification for the National Health Service:

Get Tested ASAP - Receive Early Treatment - Save your Life, to replace the well-known official slogan “Stay Home - Protect the NHS - Save Lives.”

The announcement on June 5 of the termination of a large part of the Oxford-sponsored clinical trials seeking therapies for COVID-19 came to the attention of some media, particularly in France.  This was not only because of the questionable initial dosage of hydroxychloroquine in this clinical research, but also because of the especially high mortality rate of 24.2% among the 4674 hospitalized patients in that study.

It was not just the media asking questions about these so-called RECOVERY clinical trials, in which many had placed lots of hopes and for which the UK government was waiting to formulate a therapeutic response to COVID-19.

An Irish gentleman, Mr Nugent, asked one of the Oxford professors by email why the dosage was so high and why the treatment was given so late.  He received an answer by Oxford Professor Peter Horby and published it on Twitter.

Professor Horby not only defended the high dosages in the provided treatment, but also asserted “we did not give it late.”

This assertion that the treatment was not given late is unfortunately incorrect, and demonstrates a major misunderstanding that remains widespread, including in the medical and scientific community.  This misunderstanding, about what early treatment is, has extremely important consequences when it comes to public policies for developing effective therapeutic responses for COVID-19, as we analyze in this article.

It is now known for months that there are several phases in the COVID-19 disease, and that it is during the early viral phase, which typically lasts 5 to 7 days after the infection, that therapies are most effective.  Early therapies, which typically combine hydroxychloroquine with azithromycin and / or zinc, are also known to reduce the chances of lasting organ damages or other undesirable effects.  Despite what can be heard in most media, and despite the widespread confusion, there are therapies for COVID-19, and they have been well researched and implemented successfully in a number of jurisdictions.

These early therapies are pretty easy to implement, even at the scale of a country like the UK, and are extremely cheap too. They constitute a turnkey solution for the UK and other countries that are still fighting the pandemic.

The NHS Official Advice to the Population

In the UK, if you have COVID-19 symptoms, the official advice tells you to immediately self-isolate for at least 7 days. You are also asked to contact the 111 coronavirus help line. If you are lucky, you may be able to get an appointment for a test and to get the result a few days later. Yet there have been considerable shortages of tests in the UK, and even today, they are not that widely accessible and not as rapid as they should be.

To this day, the dominant advice to those getting COVID-19 symptoms in the UK remains to stay home and to self-isolate.

What do you do during this self-isolation period?

The official guidelines suggest to get lots of rest, drink plenty of fluids, and take paracetamol or ibuprofen. If you have a cough, you are told it's best to lie on your side or sit upright instead. You are also suggested to take a teaspoon of honey or get someone to go to the pharmacy to get you medication against the cough. If you are feeling breathless, turning the heating down and opening a window are recommended. There are a few other tips, and you are suggested to “try not to panic if you’re feeling breathless.”

So the core message of the authorities, of the National Health Service, is to stay home as long as possible and to hope for a recovery there.

Your self-isolation may be much longer than 7 days, as you need to remain self-isolated if you have continued symptoms such as high temperature, a runny nose or sneezing, diarrhoea, loss of appetite or just “feeling sick.”

During that period, you don’t receive any form of treatment for COVID-19. You are told to seek medical help only if things get worse.  You are indeed asked to contact the coronavirus helpline 111 “if you feel you cannot cope with your symptoms at home,” “you feel breathless and it’s getting worse,” or “your symptoms get worse and you are not sure what to do.”

The whole system in the UK revolves around asking those having COVID-19 to stay home as long as possible, for one or several weeks, until they hopefully get better. Staying home is a cornerstone of the therapeutic strategy to deal with COVID-19 in the UK. The slogan “Stay Home, Protect the NHS, Save Lives” has been repeated countless times by the government and the media, and continues to be so.

The whole concept relies on keeping people at home as long as possible, to “protect the NHS,” and avoid overburdening the hospital system.

But does the UK system save lives?

In my opinion, not really, and certainly not as much as it could, as shown by the especially high hospital mortality rate, of 24.2%, in the context of the Oxford research covering 4674 volunteer patients.

A 24.2% hospital mortality rate is much higher than in most countries. It is about the double that is usually found in placebo / control arms of randomized controlled trials.

A 24.2% hospital mortality rate means that, once you get hospitalized for COVID-19, you have about 1 out of 4 chances to die from it in the hospital. It’s just unacceptable.

Today, the UK has one of the highest mortality rates in the world from COVID-19, with 614 deaths per million inhabitants, which exceeds the mortality rates in countries such as Spain, Italy, France and the US.  Fortunately, even if the Oxford research did not deliver answers as to how to treat COVID-19 patients, the French research did. And large-scale successful implementation in Marseille and other jurisdictions demonstrates that a readily implementable therapeutic solution exists.

Early Treatment Should be the Way Forward for the UK

Early treatment is when you treat patients within 5 to 7 days of their COVID-19 infection.

How was it done on a large scale in Marseille under the leadership of Professor Didier Raoult? It involved making testing widely available to the population, and treating early those who need it, typically with a hydroxychloroquine - azithromycin bi-therapy. This was done under quality medical supervision at the Marseille university hospital, which happens also to be France’s research hospital specialized in infectious diseases. In most cases, however, this was done through outpatient care, without hospitalization.

We now know that this approach, which resulted in many prompt recoveries from the disease, in much fewer hospitalizations than elsewhere, and in a low fatality rate of less than 1%, also contributed to an early end of the epidemic in Marseille.

Yes, mortality was less than 1% with this early treatment approach, which needs to be contrasted with the fatality rate of 24.2% in UK hospitals in the context of the Oxford clinical trials.

The efficacy of the treatment protocol developed in March in Marseille was confirmed in the following months through several scientific papers. That information was all available to the world.

Some countries decided to act upon it, others like the UK to disregard it.

The COVID-19 therapeutic strategy in the UK, which fails to treat people in the early phase of the disease, is deeply flawed. Patients continue to be treated too late, and far too many will continue to die, with a pandemic still very active and not under control in the UK. If hydroxychloroquine failed in the UK RECOVERY trial, it’s not because it’s the wrong drug, it’s because it was administered too late, and not in combination with azithromycin and/or zinc. Hydroxychloroquine has been very much targeted in the media. A major study, by Mehra et al, alleging major safety risks with the medication, was even published in prestigious The Lancet medical journal, to be later withdrawn after having been shown to be a fraud.

Actual clinical research, especially in Marseille but also elsewhere, on thousands of patients, shows that hydroxychloroquine, even when combined with azithromycin, is very safe as long as it’s taken under medical supervision.

Two weeks ago, discreetly, the Oxford clinical trials started to offer another drug, remdesivir, to sick patients - a drug that was not even tested in the RECOVERY clinical trials. The remdesivir drug was however studied in very serious randomized trials in China and the US, and it failed in both cases to show any efficacy in reducing mortality.  In the China randomized and peer reviewed study, by Wang and collaborators, including  Oxford Professor Peter Horby, published on April 29 in The Lancet, the major conclusion is that

“remdesivir was not associated with statistically significant clinical benefits.”

The move by the UK to reject hydroxychloroquine and to now adopt remdesivir without any proof of efficacy is wrong and can be expected to only prolong the particularly high mortality rates in UK hospitals. To have 1 chance out of 4 of dying when hospitalized for COVID-19 in the UK should be considered totally unacceptable. It’s of the uttermost importance to change strategy.

The right move for the UK is to provide early treatment, with molecules such as hydroxychloroquine, azithromycin and zinc, administered within days of the first symptoms, mostly on an outpatient basis, with appropriate medical monitoring. Such strategy has actually been recently recommended for the U.S. by the esteemed Yale epidemiology professor and medical doctor Harvey Risch.

It may sound late, and for sure, such an early treatment approach should have been adopted earlier, but it’s still time to change strategy. Numerous lives are still at stake.

There is a potential to considerably reduce mortality from COVID-19 in the UK.

The author, Jean-Pierre Kiekens, is an independent analyst and former lecturer, with degrees from the Universities of Brussels and Oxford. 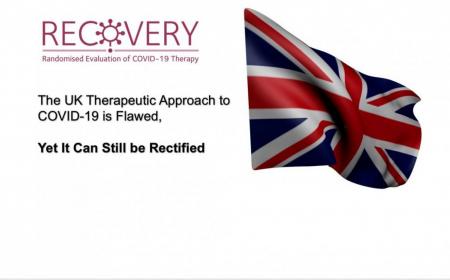 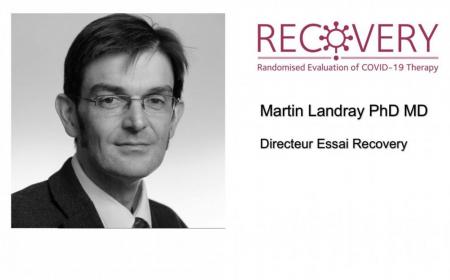