Thunderbolt in the Nebraska sky ! A thorough enquiry led by Attorney General Doug Peterson has led the State to denounce fraudulent practices by the pharmaceutical industry giants along with their strange ties to the FDA and CDC. The enquiry presents a detailed analysis of the scientific studies on early anti-Covid-19 treatment, before concluding that doctors must be free to prescribe hydroxychloroquine and ivermectin – because they work.

At the request of the Nebraska Department of Health, on 15th October AG Doug Peterson issued a legal opinion, in favour of doctors' freedom to prescribe ivermectin and hydroxychloroquine to treat Sars-CoV-2 infection, subject to informed consent from the patient.

Few issues have aroused so much – and often irrational - controversy as early treatment by ivermectin and hydroxychloroquine, two inexpensive drugs in use for decades worldwide; since 2020 they have been widely used to prevent and treat Covid-19 in many countries. Although not recommended by the regulatory agencies in the USA, many doctors have continued to prescribe, often in the face of threats from the local College of Physicians.

In the meantime, the two drugs appear in many scientific publications, with evidence being set out that they do work which reached the mainstream press. Consequently, Dannette Smith, who heads Nebraska's Depart of Health (Uniform Credencial Act) asked the AG's office for a legal opinion on whether doctors may prescribe.

Before issuing that opinion, AG Doug Peterson led a thorough enquiry on early treatment by the two drugs – which happen to be the two most widely-used worldwide - namely hydroxychloroquine et ivermectin, without however excluding the eventuality that other molecules may prove worthwhile.

The Nebraska enquiry first deals with the notorious Lancet article published in May 2020, and then retracted, alleging that hydroxychloroquine is dangerous. The authors had concocted statistics, whilst refusing to produce the data on which they had based their analysis, in a patent fraud. The Lancet's Editor so acknowledged, stating that the article was a "fabrication", a "monumental fraud" and a "shocking example of research misconduct". Although the article's retraction swiftly became public knowledge, a number of governments jumped on the bandwagon, broke off clinical studies and prevented doctors from prescribing.

The AG then looked up earlier clinical studies, in particular a 2004 laboratory study which had concluded that chloroquine is "an effective inhibitor of the replication of the severe acute respiratory syndrome coronavirus (SARS-CoV) in vitro" and that for it to be active, one should "be considered for immediate use in the prevention and treatment of SARS-CoV infections". In 2005, another clinical trial on cell cultures showed considerable anti-viral activity against SARS-CoV.

Now, hydroxychloroquine is a less-toxic chloroquine derivate, and has been widely used since 1955 when the FDA approved it as an anti-malarial. AG Petersen quotes several studies which point not only to anti-viral properties that prevent entry, transmission and replication of SRAS-CoV-2, but to anti-inflammatory properties as well, which help to regulate pro-inflammatory cytokines.

As to hydroxychloroquine's eventual adverse effects, the AG's review of reports from a research group indicates that when administered at suitable dosage, patients under hydroxychloroquine "are at very low risk of experiencing cardiac (adverse events), particularly with short-term administration".

In large measure, the seething disquiet over hydroxychloroquine has arisen from falsified data in the aforementioned Lancet article which alleges increased incidence of ventricular arrhythmia if used to treat Covid-19. The researchers stress that Covid-19 has often been known to lead to heart problems, nor are there grounds for assuming that after 70 years in use worldwide, including by pregnant women, the drug had suddenly undergone a change in nature.

In relation to hydroxychloroquine, AG Peterson notes that "many large observational studies suggest that hydroxychloroquine significantly reduces the risk of hospitalization and death when administered to particularly high-risk outpatients as part of the Covid-19 treatment" and based on his review of the evidence, his office did not find clear and convincing evidence that would warrant disciplining physicians who prescribe hydroxychloroquine for the prevention or early treatment of Sars-CoV-2 after first obtaining informed patient consent".

The same investigatory work was conducted for ivermectin.

Rather than restricting his study to the USA, AG Petersen covers data from around the world. Relying on studies from a group of American academics who compared the outcome for Covid-19 patients in countries that make systematic use of ivermectin to those which do not, he writes that these researchers found “a highly significant correlation in a worldwide contexte but also when comparing 'African countries that regularly administer prophylactic Ivermectin against parasitic infections ' and African countries that do not". "Based on these results, the researchers surmised that these results may be connected to ivermectin's ability to inhibit Sars-CoV-2 replication, which likely leads to lower infection rates."

AG Petersen began by looking into the efficacy of Ivermectin against Sars-CoV-2, before backtracking several years to clinical trials that had shown that ivermectin's anti-viral activity against several RNA viruses, by blocking the nuclear circulation of viral proteins. On that basis, he went on to review studies setting out adverse effects; these proved to be short-lived and negligeable. The latest statistics on VigiAccess refer to a mere 5,674 adverse effects from use of ivermectin between 1992 and 13th October 2021, an "incredibly low" figure, bearing in mind, he writes, that there have been 3.7 billion doses taken since the 1980s.

As AG Petersen had done for hydroxychloroquine, he was at pains to review studies pointing to a negative outcome for the molecule as well, before concluding they were biased, having included « cherry picked data within studies, misreported data, made unsupported assertions of adverse reactions to ivermectin and those which had excluded  'most available evidence' ".

It is on the basis of all the above that the Attorney General issued his opinion. He finds that most publications point to highly-significant outcome for the two drugs:  mortality reduced by 75% or even higher, when administered early on, or preventively.

The AG restates the law of Nebraska

Although AG Petersen has thereby authorised early treatment, notably with hydroxychloroquine and ivermectin, he stresses that rather than recommend any particular treatment as such, his Office simply purports to ensure that doctors have ready access to whatever may save lives and keep patients out of hospital.

His authorisations are accompanied by “informed consent” notices, and a warning that prescribing excessively-high doses may lead to disciplinary action.

AG Peterson goes on to observe that statements issued by the FDA and NIH head Anthony Fauci have been egregiously deceptive and incoherent.

In respect of Dr. Fauci's assertion on CNN, on 29th August CNN that there is "no clinical evidence" of ivermectin's action in preventing or treating Covid-19, AG Petersen writes that "this definitive claim directly contradicts the NIH's recognition that 'several randomized trials...published in peer-reviewed journals' have reported data indicating that ivermectin is effective as a Covid-19 treatment".

In observing that the NIH has now about-faced relative to January 2021, and henceforth refuses to be drawn on the issue – it will neither advise nor disadvise ivermectin, he continues,

"The reason for the change is the NIH recognized several randomized trials and retrospective cohort studies of ivermectin use in patients with Covid-19 have been published in peer-reviewed journals. And some of those studies reported positive outcomes, including shorter time to resolution of disease manifestations hat were attributed to Covid-19, greater reduction in inflammatory marker levels, shorter time to viral clearance, and lower mortality rates in patients who received ivermectin than in patients who received comparator drugs or placebo."

As for the FDA, he writes that "it is unclear what basis the FDA had for denouncing ivermectin as a treatment or prophylaxis for Covid-19". Indeed, the FDA Webpage in question seizes upon reports of adverse effects in patients who had self-administered veterinary doses of ivermectin to stigmatise its use overall – meanwhile acknowledging, on the selfsame page, that the agency had never examined the available data in human patients.

On 21st August, a fact which does not escape Peterson's notice, the FDA posted a Twitter link to its on Webpage with the caption "Why You Should Not Use ivermectin" with this statement :"You are not a horse. you are not a cow. Seriously, y'all. Stop it". To Peterson, the message is “troubling not only because it makes light of a serious matter but also because it inaccurately implies that ivermectin is only for Horses or cows".

To AG Petersen, the FDA's approach is deplorable: it has outright ignored several randomised trials, along with a meta-analysis the outcome of which points to ivermectin's anti-Covid-19 activity. That reproach, he says, applies to the CDC as well, whose approach is similarly lacking in scientific evidence ; as for the mass-media, their role in spreading disinformation about ivermectin and general confusion he finds most unfortunate.

Conflicts of interest between regulatory agencies, professional bodies and the manufacturers

Professional bodies both in the USA and internationally have issued guidelines hostile to ivermectin. In the USA, relying upon shaky assertions from the FDA and CDC, the American Medical Association (AMA), American Pharmacists Association (APHA) and American Society of Health-System Pharmacists (ASHP) put out a statement in September 2021 advising against procurement, prescription and delivery of ivermectin for purposes of preventing or treating Covid-19, out with clinical trials. To shore up that view, they refer to a statement from the original patent-holder Merck, alleging a "concerning lack of safety data in the majority of studies".

Why the original patent-holder would denigrate one of their own drugs is a moot point, and one for which the AG suggests two plausible reasons :

"First, ivermectin is no longer under patent, so Merck does not profit from it anymore.That likely explains why Merck declined to 'conduct clinical trials' on ivermectin and Covid-19 when given the chance."

"Second, Merck has a significant financial interest in the medical profession rejecting ivermectin as an early treatment for Covid-19. The U.S government has agreed to pay [Merck] about $1.2 billion for 1.7 million courses of its experimental Covid-19 treatment, if it is proven to work in an ongoing large trial and authorized by U.S regulators."

Now, Merck has come forward with another drug, called Molnupiravir, designed for early anti-Covid-19 treatment. When, on 1st October 2021, Merck announced that initial trials suggest that the drug may cut hospitalisation and death in half, its share-price leapt 12.3 %.

"Thus, if low-cost ivermectin works better than, or even the same as monulpinavir, that could cost Merck billions of dollars," writes Peterson.

On hearing of AG Petersen's decision, Robert Kennedy Jr. who chairs Children's Health Defense, wrote on the latter's Website The Defender: "We finally have a leader who puts constitutional rights, peer-reviewed science and human health above industry profits. Doug Peterson is uncowed and unbowed - a genuine hero on horse back for all Americans."

"Every citizen - Democrat or Republican - should be grateful for Doug Peterson's thoughtful and courageous counteroffensive against the efforts of Big Pharma, its captive federal regulators, and its media and social media allies to silent doctors and deny Americans life-saving treatments"

Mary Holland, President of Children's Health Defense, refers to the physician's freedom: "This Nebraska AG opinion lets doctors get back to being doctors -without being second-guessed by government, pharmacists and others interfering in the crucial doctor-patient relationship".

The Covid-19 affair has disrupted normal medical practice by obstructing the physician's freedom to prescribe, a freedom upheld by the US Supreme Court, which has found that  "off-label usage of medical devices" is an  "accepted and necessary" practice. For decades, the FDA too had considered that "a physician may prescribe a drug for uses or in treatment regimens or patient populations that are not included in approved labeling".

By standing up against the pharmaceutical firms' world-wide economic model, and against the regulatory agencies whose gaze would appear to be fixed upon the Stock Exchange rather than upon public health, AG Peterson deserves our gratitude for having restored the patient-physician relationship to its central role in all sensible medical practice. 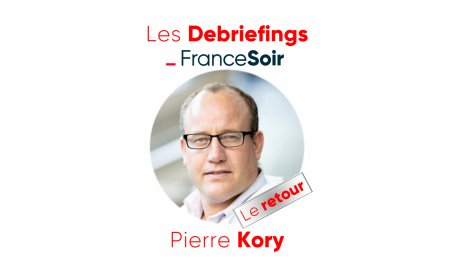 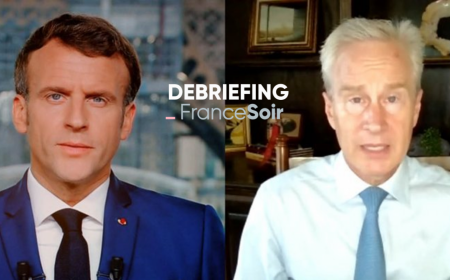 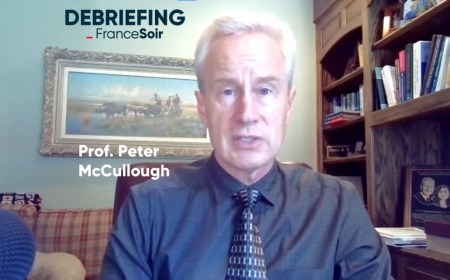