How to decide appropriately in the current crisis ?

Crédits
Gerd Altmann de Pixabay
How to decide appropriately in the current crisis ?

The Covid-19 epidemic is not only a matter of medicine, it is at the crossroads of economics, human geography, history and generates sudden imbalances in society. The decision maker's environment is complicated by increased uncertainty, a serious source of anxiety. In this context, what are the traps to be avoided, in order to make successful decisions?

Trap number 1: Cling to the expert

Centuries ago, one fled an epidemic without suspecting that he carried the disease along. We now know better, being able to identify the origin of the problem. The decision-maker is therefore tempted to turn to experts, looking for a miracle cure that leads to making the ideal decision. In doing so, this decision maker forgets that “deciding is assuming risk inherently linked to uncertainty”.

Many experts have been thrust under the limelight by the coronavirus epidemic, especially in the medical field. In business, we will usually turn to lawyers or consultants. Should they have to decide for us? Probably not! Experts are there to contribute through their knowledge, not to make decisions. Moreover, an expert is constrained by the "endowment bias": it is impossible for him to get rid of his expertise. His analysis of the situation is therefore partial.

However, once the relevant information has been gathered, and considering all angles of action, the decision-maker has a very specific role: that of deciding. In the current case of the epidemic, he must ensure that the opinions of medical experts do not exclude those of other stakeholders, considering all issues (economic, environmental, human and strategic for example).

Trap number 2: Pay too high a price for zero risk

Our strong aversion to uncertainty is caused by the fact that we only view it as "risk." We are willing to pay a very high price to remove uncertainty, much more than what should be logical or reasonable. Many studies have shown that humans are willing to invest substantially more to reduce their risk from 1% to 0% than to reduce it from 2% to 1% - yet the gain is the same. But that's precisely it: zero risk is so tempting!

However, the decision-maker must be careful not to fall into the zero-risk trap, because after attaining the psychological comfort of the removal of risk, he will have to bear the consequences of potentially excessive costs: time spent chasing the objective, important investments, rigid procedures, and loss of opportunities; amongst other examples.

To avoid this risk, the decision maker must try to change his perspective. Instead of "how much am I willing to pay to get to zero risk?", he might ask "how much do I lose by making such a decision?"

"The problem in defence is how far you can go without destroying from within what you are trying to defend from without." Eisenhower

Trap number 3: the temptation of almighty

“Those whom the gods would destroy they first make mad”." Greek proverb

Hubris is the decision-maker’s pride and excess: the one who sees himself as god believes there is no limit that cannot be pushed back, whatever the circumstances. In ancient Greece, the goddess of revenge Nemesis intervened to put man back in his place. Today, reality threatens to catch up to the decision-maker. Not only does the perfect decision not exist, but the implementation of a decision is never consistent with what was originally conceived, especially in an uncertain environment. As much as the decision itself, it is the environment in which the decision-making process unfolds that will define the decision’s success.

Rather than dreaming of himself as demiurge, the decision-maker gains in weighing the contradictions and constraints of reality, in order to make the least "unsatisfactory" decision. A good dose of humility is necessary to achieve this. Humility is attained by giving the collective a greater share of the decision-making process. For example, we note that the regionalized management of the health crisis in Germany is working at this current stage. As is often the case in times of crisis, the autonomy and accountability of actors close to the field of action are key factors in successful decisions.

The decision in uncertainty is not one of "leave or take", but a process nourished and connected to the future; to the mission that one wishes to accomplish. The only certainty is that the uncertainty persists; it is the natural environment of the decision. It is precisely in uncertainty that the decision maker can express his talent, his creativity, his innovation and ultimately create value within the collective.

(Translation by David Salinger and France-Soir) 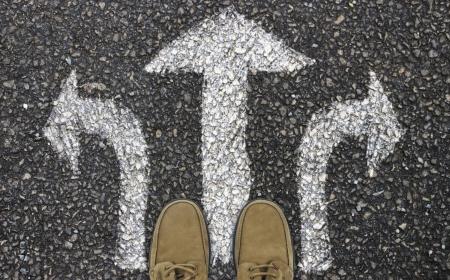